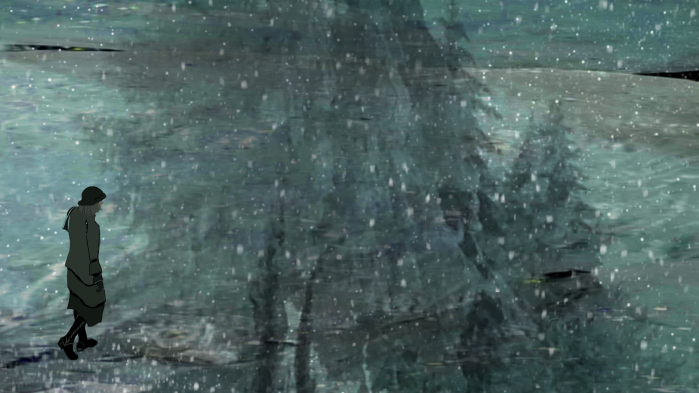 It was not a job I was assigned, but I decided to undertake it anyway. When I was taken for the program that brought me here from Earth, I had a very different view of what I would be doing. I found out quickly that I would be working every day with a hurting population. Many people on New Canada had engineered genes. This had allowed them to work for years in risky conditions, but not all those risks had been known, and now many were ill. Gene engineering is banned here now, and no wonder. It was a nightmare the planet will need a long time to wake up from.

I arrived on New Canada only a short time ago. It’s been a difficult adjustment, but one person has been making it easier for me. She has always listened when I was homesick; has always offered advice on how to settle into life here on New Canada. She has taken me to see the breathtaking sights on my new planet. In return, I’ve been helping this particular dreamer dream. And what I’ve been doing is introducing her to a dreamscape based on my own home.

She wakes up in a snowy landscape, the wind hitting her face in full force – or so she believes. She is still thinking in New Canadian terms – the landscape here is harsher, more unforgiving. She first sees the trees as New Canada pines, but she soon realizes that something is different about the way the sunlight strikes the needles, about the way they grow, about the atmosphere’s effect on our perception of colour. The brightness of the sunlight and the snow blowing off the distant peaks, not quite the same as what she is used to. She is experiencing the Rocky Mountains on Earth.

As she dreams on, her thoughts parse out sensations more effectively. The wind becomes more gentle, the whispering in the trees becomes milder, more of a whistling echo. As she wanders through the dreamscape, it begins changing again, now some sort of intentional shift – from the expanse of skies over sharply drawn peaks and a glittering, half-frozen lake, to a grayer vision – a landscape from her own New Canada. She walks toward a small cluster of trees. The air is bracing. She feels it more sharply on her skin in this dream than she ever has in her waking hours.

At least, so she tells me. Earth and New Canada, meeting in one beautiful landscape.

She has never been to Earth. And to be honest, I didn’t design the program to show her both worlds. Her own thoughts have been modifying her perceptions. In fact, I had wanted to show her what it meant to me to be under the sky in the mountains on Earth, to feel that wind, to hear it, to be among those trees. But she draws so much meaning from this blending of our two planets. I have never told her that I didn’t design it that way. She is an engineer, and her mind sparks with creative energy. I believe that this is why she constructs constantly, even while dreaming.

I must admit that I thought of one particular mountain valley in New Canada with an uncanny similarity to one on Earth when I designed this particular dream program. Since the New Canadian valley is her favourite place to hike, I’m not surprised that her mind is interpreting the signals this way.

“I dreamed of the two planets last night,” she tells me one morning as she arrives for one of our sessions.

“You mean you used the program at home?”

“No. I dreamed of it on my own.” I am intensely curious and sit on the edge of my desk.

“You were there.” She hesitates, sits down in an armchair, gets up again. “You were walking over from Earth to New Canada, and we met in our spot in the New Rockies.”

“The one among the trees?”

“That very one,” She sighs. “Where else? Emile, I know we haven’t talked about it…” she trails off.

“I think I know what you mean,” I reply gently.

Her hand reaches, but stops just shy of mine.

“Shall we go there together on our next free day?” I ask.

I can already hear the wind whispering in the trees.